Who Claims a Child on Taxes With 50/50 Custody?

Posted by Planning Made Simple 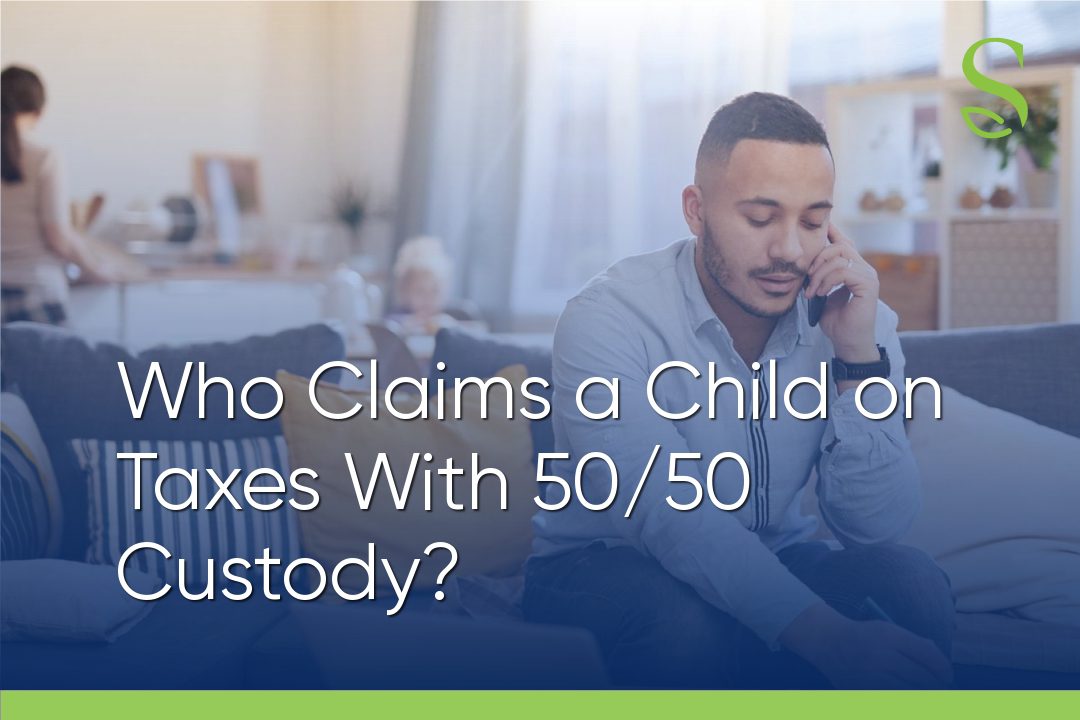 Dependents claimed on your tax return can yield valuable tax benefits that may include the ability to claim the child tax credit and the child and dependent care tax credit. Sharing joint custody of your child with someone else can cloud the waters when it comes to tax preparation.

Who claims a child on taxes when you share 50/50 custody? The Internal Revenue Service (IRS) has specific rules built into the tax code to determine which parent can claim a child or multiple children as a dependent. Tax planning should be coordinated with financial and estate planning in mind. This is where a financial advisor or tax professional can offer valuable insight and guidance.

Who Can Claim a Child as a Dependent?

A qualifying relative is someone who is: 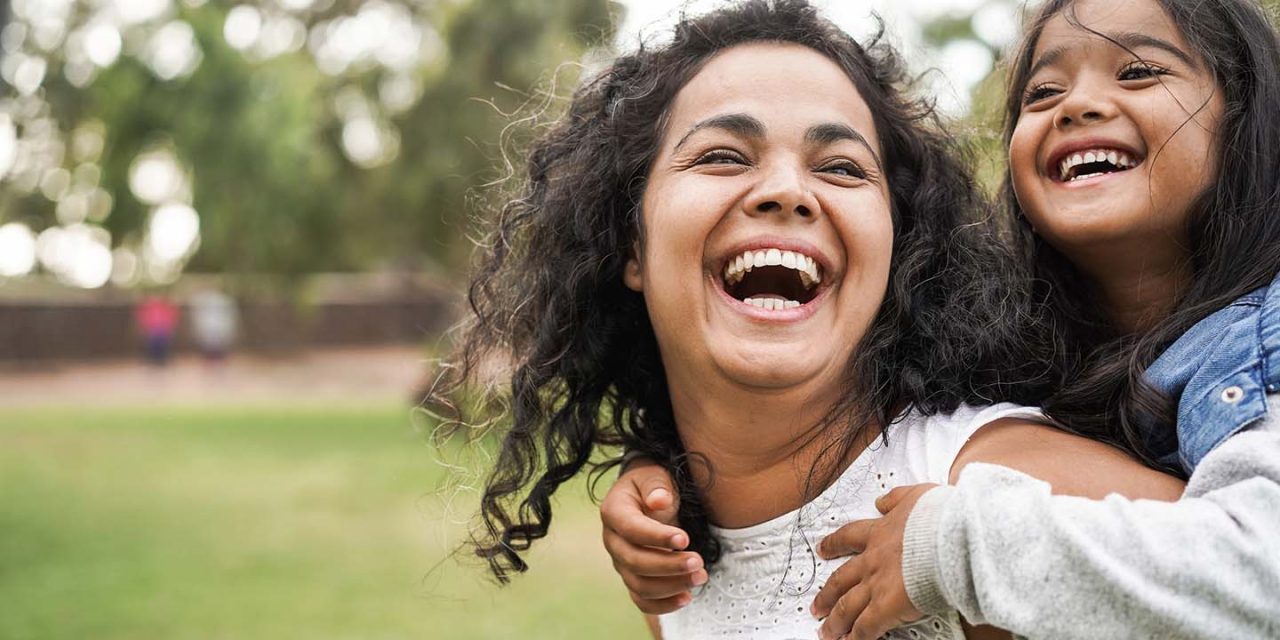 Only one person or parent claims the child (or a qualifying relative) as a dependent on their taxes. This means parents who file separate returns have one of two options:

Who Claims a Child on Taxes With 50/50 Custody?

How does this rule apply when parents have a 50/50 custody split?  Parents cannot divide their claim to a dependent for tax purposes. The IRS applies a tiebreaker rule and gives the right to claim the dependent to the parent who has the child the longest during the year.  Therefore, in a 365-day calendar year, this would be the parent who has the child for 183 days and nights. This rule applies whether the parents are unmarried, separated, or divorced. 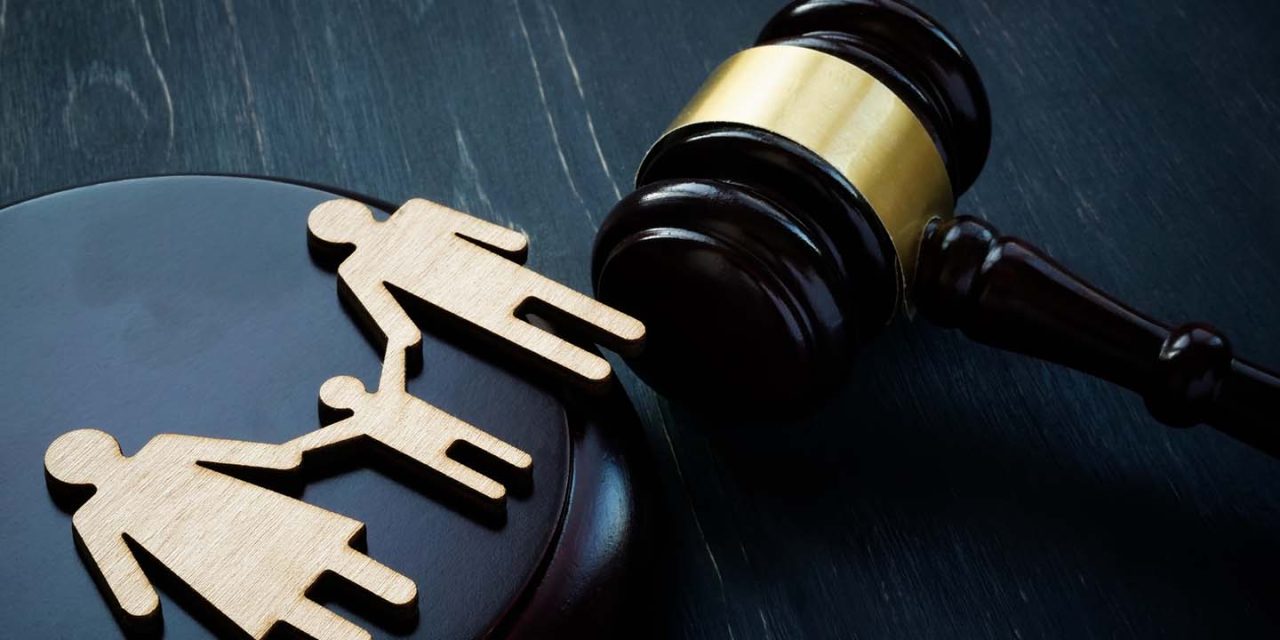 But what if the child spends exactly 182.5 days of the year with each parent? In such a scenario, the IRS applies a second rule that precedes the parent with the higher adjusted gross income (AGI). This means the parent with the right to claim the child as a dependent in the eyes of the IRS changes from year to year.

An example scenario might be where you and your child’s other parent have exactly equal custody, and in 2021, your AGI was $5,000 higher than theirs. You would get to claim the child as a dependent. However, if they get a promotion in 2022, which pushes their AGI up by $20,000, the IRS tiebreaker rules say they would be entitled to claim the child as a dependent for the 2022 tax year, assuming your equal custody arrangement remains in place. 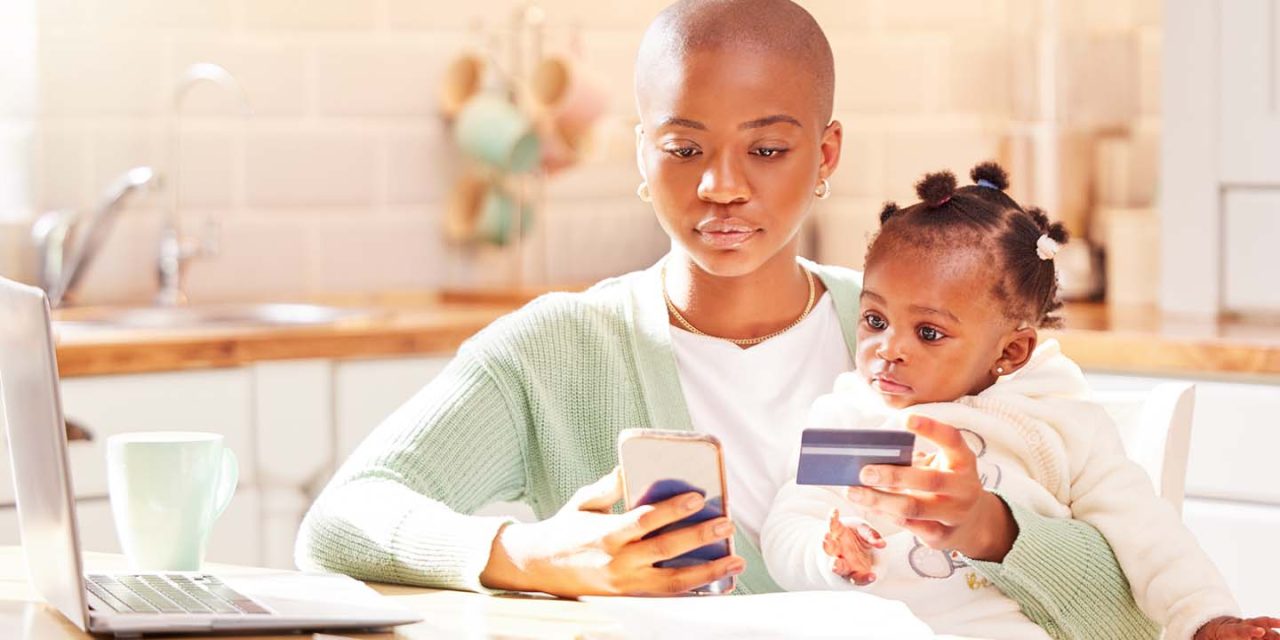 Parents Can Decide Who Will Claim a Child on Tax Returns

The IRS rules are in place to ensure tax filing is as fair as possible for parents with 50/50 custody. However, parents who share equal custody can decide among themselves who should get to claim their child as a dependent. For example, a typical arrangement among parents with shared custody is to alternate years. As we mentioned above, your agreement might allow you to claim your child as a dependent in even tax years, and the other parent then claims the child in odd years. Another example is if you have an even number of children, you could agree to each claim half of them so you can claim an equal number of children on your taxes. This arrangement can be written into a custodial agreement, separation agreement, or divorce decree.

You could also agree that the person who contributes more toward the child’s care financially should be able to claim them as a dependent. This could be the case if one parent pays for more or all of a child’s medical care or extracurricular activities. As always, it may be in your interest to put this type of agreement in writing.

Custodial parents can formally release their right to claim a child as a dependent by filling out Form 8332, Release/Revocation of Release of Claim to Exemption for Child by Custodial Parent. If the custodial parent completes this form, the noncustodial parent can then claim the child as a dependent and qualifying child for the child tax credit. They cannot, however, claim the child to claim head of household filing status, the earned income credit, or other child-related tax credits. 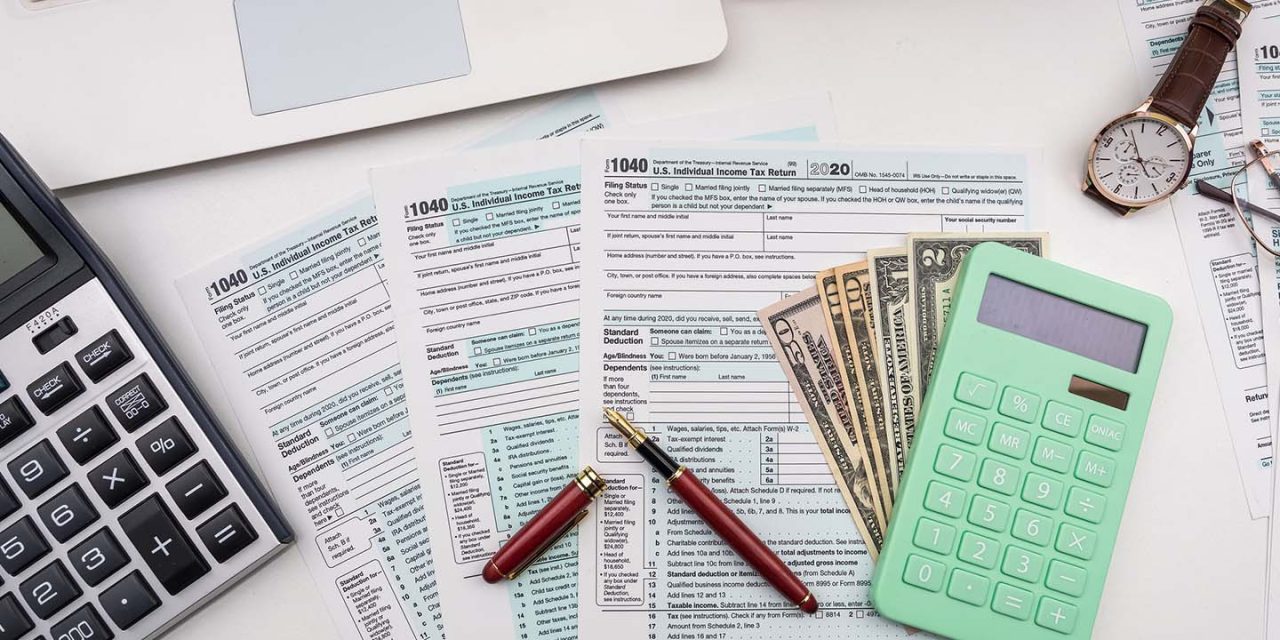 What Happens If Both Parents Claim the Same Child on Taxes?

There is a possibility both parents will file their tax returns and claim the same child as a dependent. This can happen if one parent disagrees about who should have the right to do so and files their return without consulting the other parent.

Whenever two people file returns independent of each another and claim the same dependent, the IRS will reject one or both of the returns.  If you e-file, the rejection happens automatically. The IRS will send a formal notice to parents who filed paper returns telling them their return has been flagged.

When this occurs, one parent must amend and resubmit their return to correct the error. If they fail to do so, the IRS may audit one or both parents’ returns and use the tiebreaker rules to determine who has the right to claim the child as a dependent.

IRS audits can be time-consuming and nerve-wracking and should be avoided at all costs. Suppose you and your child’s other parent cannot agree on who should claim the child as a dependent. In that case, you may want to speak to a divorce attorney, tax attorney, and/or your financial advisor, who may be able to offer guidance on who would be entitled to the claim under IRS rules. 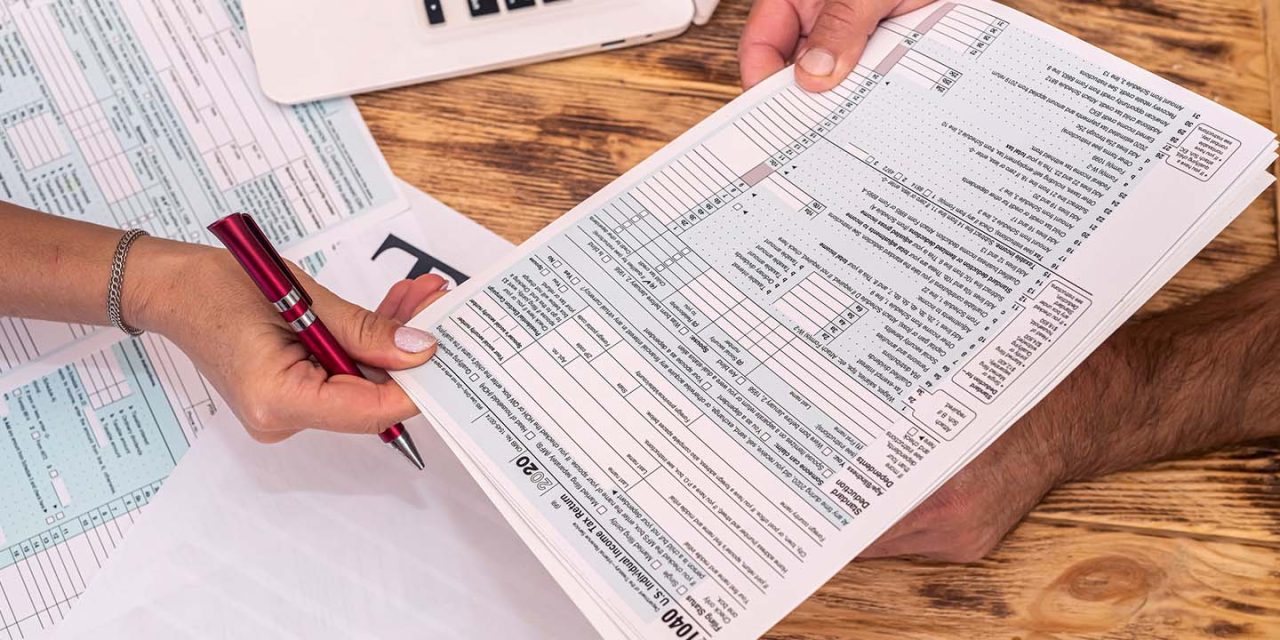 Deciding who can claim a child on taxes where a 50/50 custody situation exists can be tricky if you’re unaware of IRS rules. While you may be able to agree with the other parent, that is not always a smooth process. Most importantly, you will want to ensure you stay on the right side of the tax code to avoid an audit.

Planning Made Simple helps you learn from experts who have more than 25 years of experience. Connect with other investors in a one-of-a-kind community. Learn from expert investors and grow your knowledge as you challenge one another to become a better investors. Connect with a certified advisor along your financial journey to ensure you’re getting where you plan to go.

More from Planning Made Simple

Trust or Will: Which Do I Need?

Strategies to Reduce Expenses During Retirement

Take your financial education to the next level!

Join the conversation, engage with our community, and begin our Investor Empowerment Course today.

Have questions about this article?

Join Planning Made Simple to continue your education through our courses, community, and one-on-one coaching.  Getting started is easy!

Connect with a Planning Made Simple coach

Master your financial journey with Planning Made Simple.

Join a premium community that offers you
conversations that matter.|information you can trust.|honest guidance from professionals.|positive community engagement.|education for all skill levels.